Start a Wiki
This article is a stub. You can help HowTo Wiki by expanding it. For more information, see Help:Contents 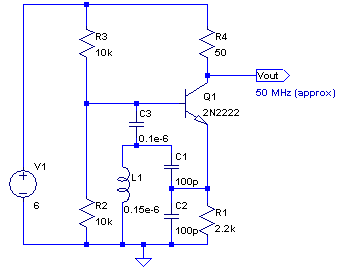 A simplified version of the formula is this: 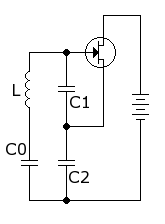 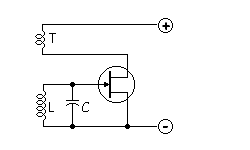 based on the Regenerative Receiver circuit 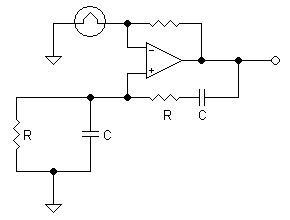 This uses any opamp and shifts the phase of the feedback. It is very simple to get working. 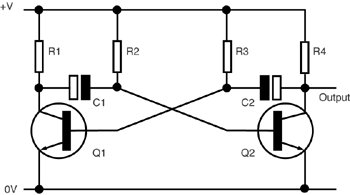 The circuit has two states:

When the circuit is first powered up, neither transistor will be switched on. However, this means that at this stage they will both have high base voltages and therefore a tendency to switch on, and inevitable slight asymmetries will mean that one of the transistors is first to switch on. This will quickly put the circuit into one of the above states, and oscillation will ensue.

However, the duration of each state also depends on the initial state of charge of the capacitor in question, and this in turn will depend on the amount of discharge during the previous state, which will also depend on the resistors used during discharge (R1 and R4) and also on the duration of the previous state, etc. The result is that when first powered up, the period will be quite long as the capacitors are initially fully discharged, but the period will quickly shorten and stabilize.

The period will also depend on any current drawn from the output.

Because of all these inaccuracies, more sophisticated timer ICs are commonly used in practice, as described above.

An odd number of inverters are required. Using a minimal number of stages within the oscillator allows for maximum frequencies to be achieved, however this will be sensitive to voltage variations. By using a larger number of stages, the noise, due to voltage variation is minimised. The frequency is not exact due to variations in transition time. This is compensated for by controlling the current passing through the transistors. This also allows you to make it a Voltage controlled oscillator (VCO).

This can be used in the place of other Oscillators.

This is probably the most common oscillator for amateur electronics hobbyists, because it is a common IC, and well documented

How to make a simple oscillator, making your own inductor and capacitorEdit

In electronics, an oscillator is a circuit that generates a signal at a certain frequency. You can make a simple oscillator with an inductor (a coil) and a capacitor (two parallel plates). The circuit will alternately store energy in the capacitors (electrical energy) and in the inductor (magnetic energy). The electrons coming off one plate will pass through the inductor. As the charge on the plates becomes constant, the current dies. The drop in current creates an electromotive force in the inductor that propels electrons to continue in the same direction, thus charging the other capacitor plate. You'll Need:

Step 1: Create a capacitor as follows, if you don't have one handy. Unroll two rolls of Saran Wrap a few feet. Place a few feet square of aluminum foil on each unrolled area so that the Saran Wrap extends out farther (covers more area) than the aluminum sheets. This extra extension will provide electrical insulation between the "plates" when the two sheets of Saran Wrap and aluminum are rolled up together again. Now cut the Saran Wrap at the edge of one of the Saran Wrap rolls and place the newly cut-off Saran Wrap-aluminum sandwich squarely onto the other Saran Wrap-aluminum sandwich. This makes a Saran-Wrap-foil-Saran-Wrap-foil sandwich. The bottom Saran Wrap layer is still connected to its roll of Saran Wrap. Insert two bare wires into the sandwich at different layers to contact the two aluminum sheets. Then roll up the whole thing into the Saran Wrap roll that is still attached to the bottom Saran Wrap layer. The Saran Wrap layer between the two foil layers keeps them insulated from each other like an air in a conventional capacitor.
Step 2: Tape the capacitor wires to opposite ends of a battery with electrical tape. This will charge up the capacitor. Let it charge for an hour, just like you'd charge a battery. <a href="http://www.ehow.com/how_5652134_make-simple-oscillator.html" class="external free" rel="nofollow">http://www.ehow.com/how_5652134_make-simple-oscillator.html</a>

Retrieved from "https://how-to.fandom.com/wiki/How_to_build_an_oscillator_circuit?oldid=37560"
Community content is available under CC-BY-SA unless otherwise noted.