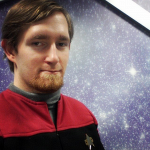 Would be great Edit

I see you have taken over wikihowto. You probably should have discussed it before redoing it. Allot of work and discussion went into how it was setup, designed, named, etc. The two other co-founders are long gone, but many people went into the design. Saying all that, I really don't care that you changed it. Wikihowto was essentially dead, so what we did, obviously didn't work. The commercial site, Wiki ehow ended up being way more popular. So if you can get it going that's great. I just think you should have tried collaborating more, given the wiki ideology. But if you want any help let me know, I hold no grudge. And I will continue added linux, perl, electronics, and other random howtos. ZyMOS 22:31, December 13, 2009 (UTC)

The objects idea was one one the cofounders, from japan. I agree the term object is a bit techo, I thought about changing it to subject. We discussed it allong time ago and could never agree to change it. I made a demo page, for probosed change to the object pages. See Cheeseburger As for making an object:namespace, the problem is that a simple link wouldnt go there, so you would have to add 'object:' to the begining of every link. If you are really bored some time you can read through the old discusion archive, buy only if your really bored User:ZyMOS

Hiya, I noticed GIL set up the newpage howto template, looks good. One thing that would be nice is to have an option to have an object form. I had a simple template to create object pages using a template. http://how-to.wikia.com/index.php?title=MediaWiki:Newarticletext&oldid=24273 It was probable confusing for normal users but it be nice to have some method so we dont have to type the whole thing. Normal users general dont make object pages, so I usually made it for them. One other thing you might want to add is a difficulty rating box into the howto template. In the very begining I tried to get people to do it but it never caught on. But if its in the basic form it might be useful. Here are the ones i made About:Ratings, some are simple and some are more complex It might be nice, but who knows. Its up to you. Here is an example. ZyMOS 20:50, February 10, 2010 (UTC)

I set the default Template:CC-BY-SA to CC-BY-SA version 3.0, like most wikimedia sites, i also created other version templates for the older licenses. The default was v1.0, but since all the images under this template, were mine, there is not problem with the upgrade. ZyMOS 22:14, February 18, 2010 (UTC)

I noticed that i am still set as the main administrator, set somewhere. So when a new user creates a page this is added to thier talk page

Hi, welcome to How To Wiki! Thanks for your edit to the Talk:How to parse XML in python page.
Please leave a message on my talk page if I can help with anything!

If you want to be the main administrator, you might want to change this. But if you don't want to thats fine too. I still check the site semi-regularly and can resond to inquires and such. I just wanted to let you know you can change this. Its probably set somewhere in the Mediawiki namespace. ZyMOS 22:16, February 19, 2010 (UTC)

ps i also have some other random thoughts and sujestions, I add them sometime later

I have just tried the http://how-to.wikia.com/wiki/How_to_use_the_Hantek_DSO-2100_USB_oscilloscope_in_Linux

and have exactly the same problem as described by Mladen on https://sourceforge.net/p/openhantek/discussion/1153137/thread/d4f2beda/.

Please do you have any suggestions to solve it?

I have also tried:

However without any success…

Retrieved from "https://how-to.fandom.com/wiki/User_talk:TOR?oldid=37321"
Community content is available under CC-BY-SA unless otherwise noted.